What are the Sections on a Basketball Court? 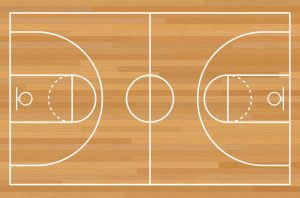 A basketball court is typically divided into several sections, including the playing surface, sidelines, end lines, center line, key or free-throw lane, backboards, and basketball rings. The basketball court installation experts in Pittsburgh at Sport Court help you get all these elements in the right place so that your basketball court looks and functions at its best. Knowing the sections of a court is also one of the first steps in prepping for installation.

What Lines Make Up a Basketball Court?

A basketball court is marked with the following lines:

What are the Baselines and Sidelines on a Basketball Court?

Baselines, also known as end lines, are 50 feet long and mark the back of the basketball court and extend from sideline to sideline.  These lines mark the inbounds and out-of-bounds on each of the court’s sides. If a ball goes out of bounds, then the players must stand behind the baseline and to the side of the backboard to inbound the basketball.

Sidelines are 94 feet long and are marked parallel to each other along both sides of the basketball court (depending on the sport court dimensions). They extend from the baseline at one end of the basketball court to the baseline at the other end. The sidelines also provide the boundary for in- and out-of-bounds plays and are also where the benches and the scorer table sit, as well as the officials, coaches, and players sit.

These two types of lines come together to create the boundary lines that divide the court into in-bounds and out-of-bounds. If a player with the ball touches a boundary line, they are called out of bounds and forfeit the ball to the opposing team.

What is a Mid Court Line on a Basketball Court?

What is the Three-Point Line?

The three-point line is a semicircle arc that runs from the sideline to the outside of the basketball court near the basket. It marks the area in which players can score a basketball three points, as opposed to two points when shooting inside this arc. This line typically has an inner distance marked on it as well, which indicates where defensive players must stand in order not to be called for a defensive three-second violation.

What is the Restricted Area on a Basketball Court?

What is the Free Throw Line on a Basketball Court?

The free throw line, also known as the foul line, is located fifteen feet from the basketball hoop and is where basketball players shoot fouls for their team. On either side of this line are two hash marks, which basketball players must stand behind in order to not interfere with a shooter’s attempt.

Lane lines, also known as paint lines or key lines, are located at the basketball hoop and extend from the free-throw line to behind the backboard. These lines mark the area where basketball players can’t stay for more than three seconds, or it can result in a violation at the professional level.

If you want a professionally installed basketball court you can enjoy for years to come, call Sport Court of Pittsburgh today! 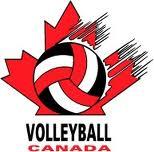